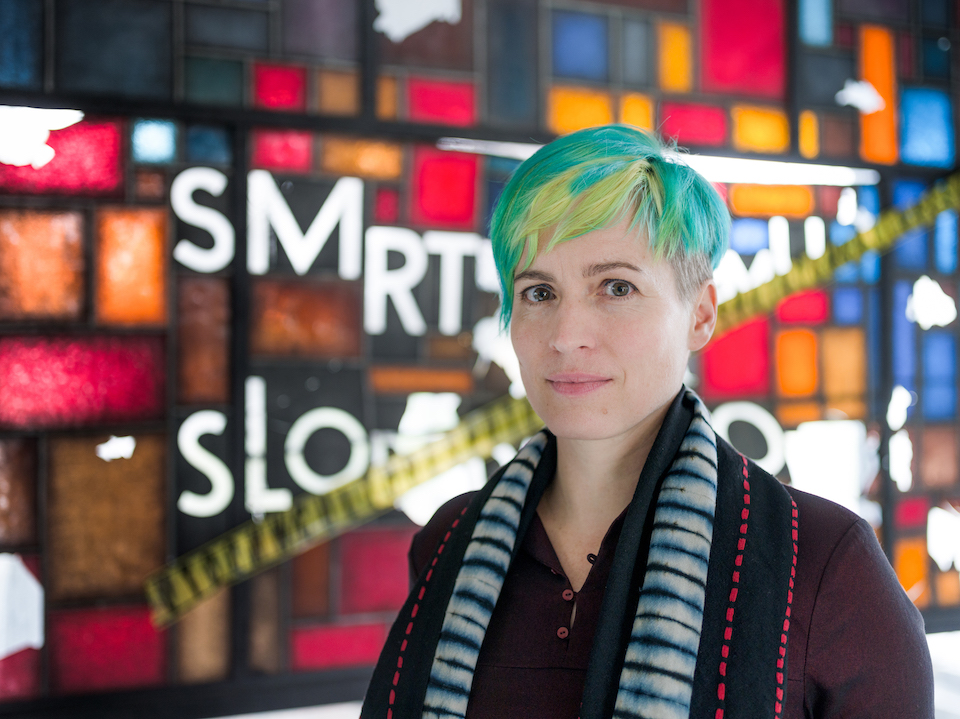 Manu Luksch is an Austrian artist and filmmaker, who lives in London. She will continue development of script, visual language and objects for her forthcoming feature film Confessions of the Data Set – a speculative narrative about the frictionless, cognitive environment inhabited by young designer Yotta. In the e-deal of the near-future, a person’s data shadow has become the primary agent, with the human lagging in pursuit – while a vibrant subcultural network, camouflaged through playful encryption, gathers momentum.

In the studio, Manu will design and prototype artefacts for the film using approaches from drawing to computational photography. The residency will be punctuated by fieldwork around the Bay Area, in search of open, sustainable and inclusive visions.

Alongside, Manu will begin developing a framework for an Ethics of algorithmic-decision making curriculum for high school students, with a focus on creative and arts-led materials and activities.

Through her films and art works, Manu researches the effects of emerging technologies on daily life, social relations, urban space, and political structures. Her current focus is on corporate-governmental relationships and the social effects of predictive analytics in the algorithmic city.  Her work is included in the Collection de Centre Pompidou, the BFI National Archive, and the Core Collection at the Academy of Motion Picture Arts & Sciences; she is a Resident Artist at Somerset House, and was formerly an Open Society Fellow and visiting Fellow at Goldsmiths, University of London.  Awards include ZONTA Award – 65th Kurzfilmfest Oberhausen 2019; Open Media Award 2019; Best Feature – Moscow International Documentary Film Festival 2016, Elevate Artivism award 2015, M. v. Willemer Prize by Ars Electronica Centre and City of Linz, et al.